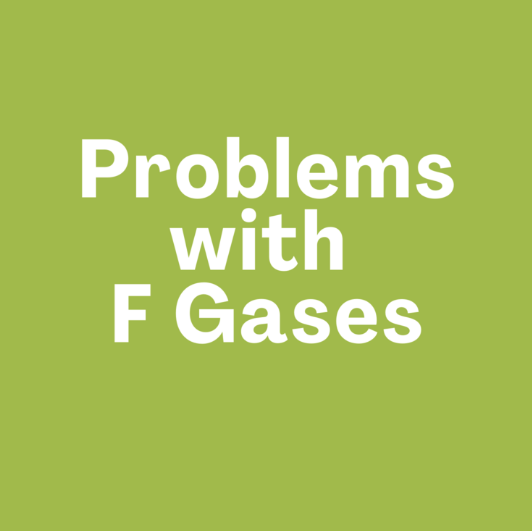 Among other things, an ideal refrigerant would be non-toxic, non-flammable and would work efficiently with little electricity.  When CFCs (chlorofluorocarbons) were invented in the 1930s, they achieved these ideals and were believed to be miracle chemicals. But decades later it was discovered that the chlorine in the CFC molecules was depleting ozone in the stratosphere. At that point, CFCs and other chemicals were assessed for their Ozone Depletion Potential (or ODP), and another criterion was established for an ideal refrigerant: it had to have zero ODP.

Via the workings of the Montreal Protocol, CFCs were phased out in the late 1990s and were transitionally replaced with HCFCs (hydrochlorofluorocarbons), which had only 5% of the Ozone Depletion Potential of CFCs. As better technologies were developed, the HCFCs were replaced with HFCs (hydrofluorocarbons), which met the standard of having zero Ozone Depletion Potential. Still later a growing number of concerned citizens and policymakers understood that HFCs (as well as CFCs and HCFCs) should be considered short-lived climate pollutants, because they are extremely intense greenhouse gases.

The intensity of a greenhouse gas is referred to as its “global warming potential” or GWP. The table below shows the ODP (or ozone depletion potential) and the GWP (or global warming potential) of some common refrigerants. For ODPs, the values are calculated relative to R-11, which has an ODP of 1. For GWPs, the values are calculated as multiples of the greenhouse gas effect of carbon dioxide, which has a GWP of 1. 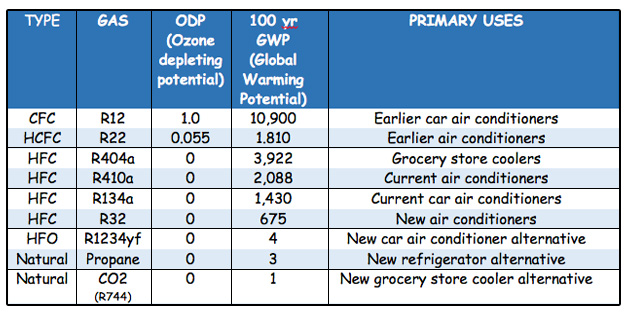 Air conditioning and refrigeration equipment are engineered to use specific types of refrigerants, so when new and better refrigerants become available it usually is not an option to just change the refrigerant.  Because the equipment typically lasts 15 to 20 years or longer, a high-GWP refrigerant in a new unit may potentially emit powerful greenhouse gases through leaks during the working life of the equipment or through improper handling at the end of life.  This is why strong, effective refrigerant management rules and regulations are as important as adopting low-GWP refrigerants. 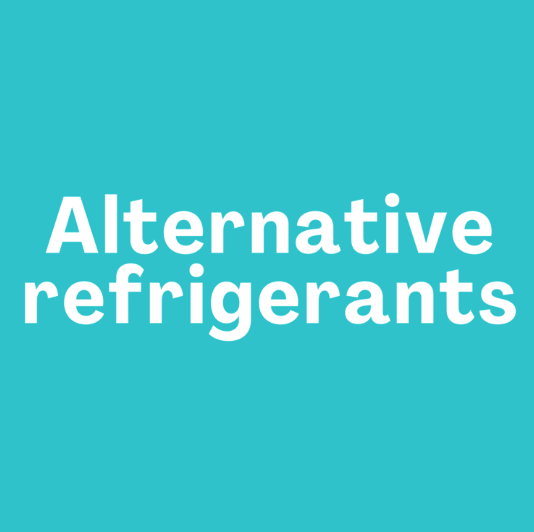 The future of refrigerants lies in low-GWP synthetic fluorocarbons and in natural refrigerants. HFOs (Hydrofluoroolefins) are the prime example of low-GWP synthetic fluorocarbons. For example, R-1234yf is an HFO that is becoming increasingly common for automotive air conditioning. This refrigerant has zero ozone depletion potential and a GWP of less than 1, but it is a synthetically produced chemical and it is not clear what all of its environmental impacts are. Furthermore, because HFOs are synthetic, that also means they are under patent, which means there are companies like HoneyWell and Chemours with intellectual property rights and a profit motive to support this kind of refrigerant in future regulations. These companies also offer refrigerants with moderately low GWPs, such as R513A, which has GWP of 631 and can replace R134a, which has a GWP of 1,430. Refrigerants with moderately low GWPs are a step in the right direction, but are not part of a long-term solution to the climate crisis.

Examples of natural refrigerants are CO2, ammonia and isobutane, all of which work really well as refrigerants, have zero ozone depletion effects, and naturally low GWPs. However, each of these has a challenge to widespread use: 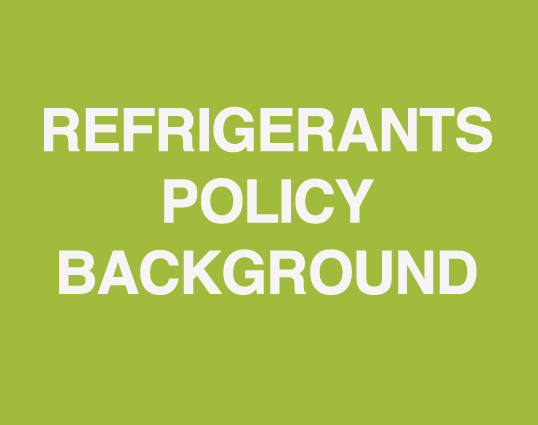 The Montreal Protocol, enacted in 1987, is widely known as a very successful international treaty. It slowed down and stopped the emissions of refrigerants that destroy stratospheric ozone to the point where scientists are forecasting a recovery of that ozone layer by the year 2050. implementation of the treaty involves ongoing biannual meetings at which participants have negotiate the specific steps of implementation.

Kigali Amendment In 2016, the ongoing participants in these negotiations adopted the Kigali Amendment to the Montreal Protocol, which established two main courses of action. First, it laid out a timeline for phasing down HFCs, not because they were depleting the ozone, but because of their contribution to climate change. Second, it established a mechanism whereby the wealthier countries helped the other countries reduce their HFC emissions. While this is a very important development, it also means HFCs will still be in use decades from now. As long as they are in use there will be a need for effective measures to detect and mitigate leaks and to capture refrigerants at the end of life.

SNAP During the Obama administration, the US EPA adopted a number of regulations known as Significant New Alternatives Policies (or SNAP regulations) that restricted the use of HCFs over time and essentially kept the United States in compliance with the Kigali Amendment. Then during the Trump administration, there was a flurry of roll backs to these laws, resting primarily on the claim that the EPA was not authorized by the Clean Air Act to regulate HFCs on the basis of their greenhouse gas impacts; then there was a confusing series of challenges to the roll backs, some of which were successful and others were not.

AIM Act Passed into law in the omnibus bill at the end of 2020 with bipartisan support in the US Senate and House, the AIM Act, or The American Innovation and Manufacturing Act of 2019 (S. 2754), commits the United States to phasing down HFCs as if it were a party to the Kigali Amendment.

6 NYCRR Part 494 Hydrofluorocarbon Standards and Reporting In 2020, New York adopted Part 494, a set of rules that basically adopted the SNAP rules relating to phasing out HFCs. For example, in the State of New York it will be illegal to sell a household refrigerator that uses R134 (HFC 134) or other high-GWP refrigerants if it was manufactured after January 1, 2022; this law tells manufacturers they will only be able to sell residential refrigerators with low GWP refrigerants and will hasten the nationwide transition to more environmentally friendly refrigerants. Similar rules apply to a wide variety of HFC uses, including in: grocery store refrigeration equipment, aerosols, and blowing agents in foams. Because the AIM Act was passed, the regulations in Part 494 will mostly be adopted throughout the United States. 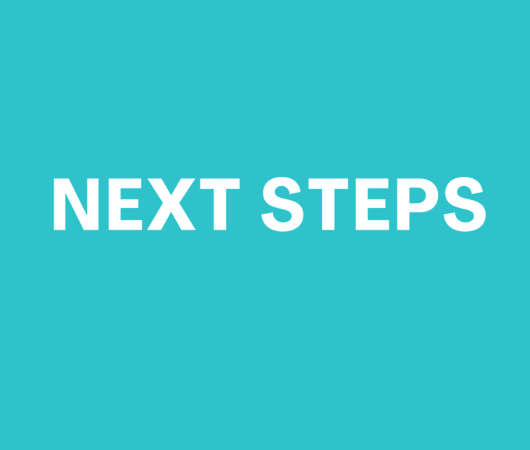 In our focus on New York State laws, we are currently watching the Climate Action Council as it compiles the scoping plan to implement the Climate Leadership and Community Protection Act.

In October 2020 we submitted a sign-on letter to the Climate Action Council to express our concern that none of the advisory panels was charged with comprehensively addressing HFCs. We specifically referenced the goal of reducing refrigerant emissions 40% from 2018 levels by 2030, in accordance with the United States Climate Alliance Short-Lived Climate Pollutants Road Map, which calls for action following the three pillars of refrigerant management:  transitioning to new refrigerants and doing it quickly with incentives; capturing refrigerants at end of life; and improving leak detection and sequestration practices.

We submitted a letter in support of Part 494 to New York’s DEC. Part 494  phases out HFCs in specific applications and mandates the use of lower-GWP refrigerants. While this is a good step to take, our letter pointed out the great need to focus on capturing refrigerants at end of life and improving refrigerant monitoring standards.

We submitted a letter in support of Part 496 to New York’s DEC. The proposed Part 496 explains how the DEC calculated the greenhouse gas inventory to establish the baseline for implementing the CLCPA.  Our letter asked the DEC to consider including supplementary information on the remaining banks of CFCs and HCFCs and their potential greenhouse gas emissions (which we believe would be substantial) and also reiterated the need to focus on capturing refrigerants at end of life and improving refrigerant monitoring standards.