SHV in the News

Read a letter to the Albany Times Union by Ella McGrail of the Cool Refrigerant Management team. Getting rid of old refrigerators a good step to fight climate change

The Future Is Now, special section in July Chronogram Magazine

Read it here:
Electric Vehicles: On the Road in Putnam County 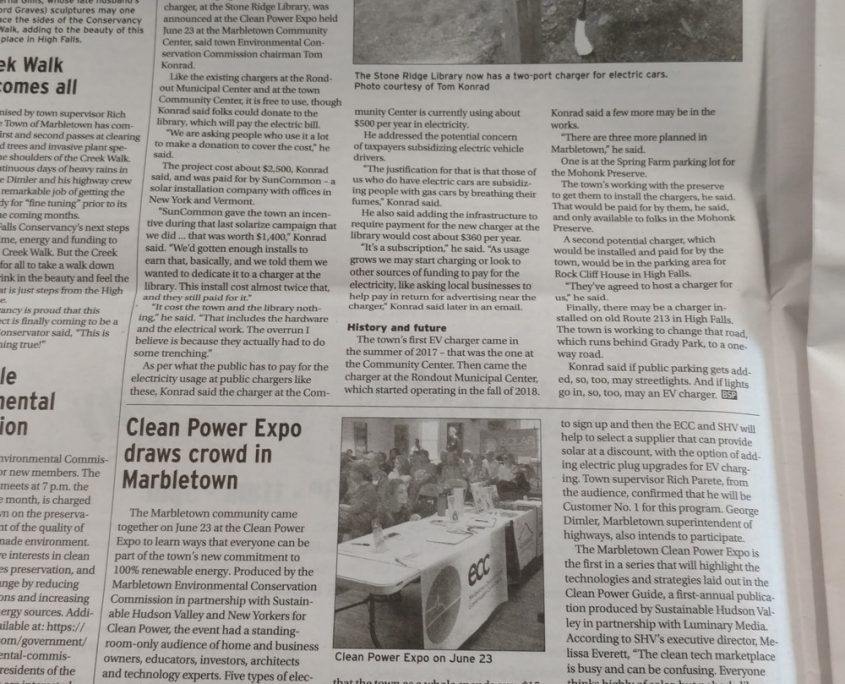 “Earth Matters: Community SolarUnlike traditional solar, where panels are installed on your roof or property, community solar is installed at an offsite location. You can subscribe to the community solar project and receive credits on your regular electric bill for the clean energy produced. Resources: Hudson Valley Community Power Solar for All (low income) Buyer’s Guide to Community Solar in NY (2017) Community More – Are You In?” Nyack News & Views, December 16, 2017