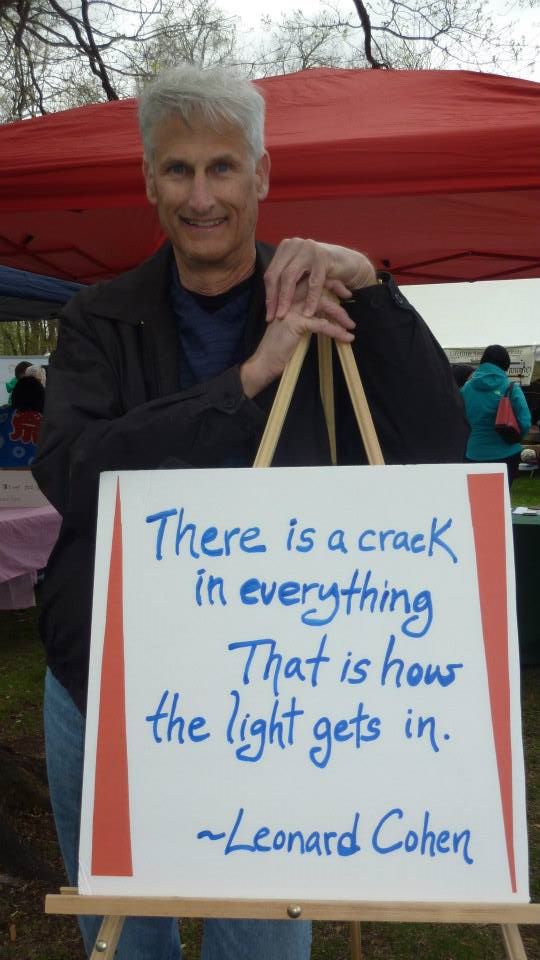 John Wackman, beloved community leader, passed away suddenly on December 9, 2021.  John was known throughout the Hudson Valley for his work in founding one of the first Repair Cafes in the United States and launching a movement that spread throughout the Hudson Valley;  his love of film and service on the board of the Rosendale Theatre; his role in coordinating the Solarize Hudson Valley campaign and service on Sustainable Hudson Valley’s board;  his participation in many local boards and commissions including the Ulster County Climate Smart Commission and Zero Waste initiative.  A former television producer, writer, and massage therapist caring for people with serious illnesses, he brought a spirit of healing and connection to everything he did.

For many years, John acted as coordinator, communicator and cheerleader for Repair Cafes in the Hudson Valley, Catskills, and the Capital District of New York, as well as for the repair movement globally. In 2018, John spent his summer holiday in the Netherlands, where he participated in several Repair Cafes. He also visited Repair Cafe International Foundation in Amsterdam and spoke with founder Martine Postma about his ideas to spread Repair Cafe further and strengthen the international repair movement. Later that year, he co-presented with Martine at the Drawdown Learn Conference at Omega Institute in Rhinebeck, New York.  John and co-author Elizabeth Knight wrote Repair Revolution: How Fixers Are Transforming Our Throwaway Culture which was published by New World Library on October 27, 2020. In this book, John and Elizabeth explore repairing in the broadest sense of the word. They focus on the community repair experience, the wisdom of repair, the sustainable aspects of repairing, the adventure of opening a device and seeing what’s inside, the right to repair that is being increasingly advocated internationally – and much more!

“John was one of our most prominent contacts in the United States”, says Martine Postma, founder of Repair Cafe International.   “He had a real passion for repair and Repair Cafe. He was a wonderful repairer, organizer and communicator, but more importantly, a warm, kind and wonderful person. The repair movement will miss him terribly.”

Donations to the Repair Cafe of the Hudson Valley and Catskills can be made in John’s honor through Sustainable Hudson Valley, the project’s fiscal sponsor, online (using “add a note” to specify Repair Cafe)